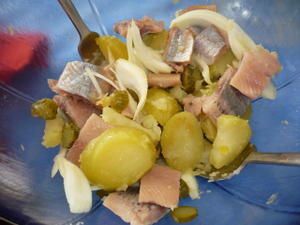 At least the doggydog writer has tried !

To think one is what is not  - a genius- is not the point ! But a doggydog writer can be proud of the poems, texts, novels, novelas he has writen.

There are lots of people who will never dare to write, who are frightened, who hesitate, who don’t have time, who can’t bring this « bloody » pen to write something down.

You can be proud of the long hours you spent to correct a pack of sentences, to edit à Word document that will be refused by many  publishers. For you have taken a risk !

When the sun shines and others go for a picnic, when somebody invites you to go out and you feel guilty for you won’t write !

Doggydog writers are often ridiculous not to live a full life instead of writing, not to write what they would like to write, to spit out a few plain words where others compose a  «  Hamlet » - « to be or not to be ...»

Yes we are Mozart’s Salieris but I hope that you won’t play something nasty to somebody who has more luck or more talent than you !

There are lots of doggydog writers on this plain Earth. Often it is said that there are plenty too much of them. «  Graphomans » as Kundera says…

But there are also others, an other part of population : those who don’t write, who don’t know the basic rules spelling, who can’t write a sentence of proper English.

So doggydog writers don’t take out your wip too early !

In the beginning you think you write the most sublime sentences ! Yes,  you are the author : it makes sense ! You fall in a transe at each of your literary discoveries ! Your enthusiasm , regularly smothered by your relatives, is awakened each time you read one of your texts !

Think that  the one who can accept criticism for his talent can also accept to be critized in real life. And will accept to be more modest where others continue to pretend to deserve what they don’t deserve at all.

Madness is largely shared  on  this good old Eath aspecially among "sane" people.

To be a doggydog writer helps you to be less mad than others. You have been confronted with many publisher refusals, you have writen pages and nobody is interested in your talent. But a doggydog writer at least knows his limits and if he goes on writing tries to go beyond them.

A doggydog writer has to make a mutation at each refusal, at each criticism at each depressive feeling who visits his mind.

Mutation or death ! That’s the life of the doggydog writer.